Book: Welcoming the flow of feelings

Guidance: Acting from the heart

It's Sean's birthday today and he's been in my life for 30 years and it has been a roller coaster, but I am so glad that he's my kid.  I'm also so proud of the positive changes he's made in the last year.  He's lost a lot of weight, he's gone back to school, and he's really grown up before my eyes.  I admire him so much as he goes out and runs 5Ks and I don't know how he gets the energy.  He is also the most compassionate and loving person in the family and he has an incredibly tender heart. 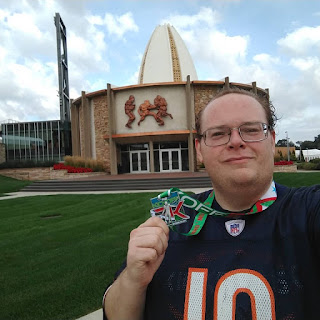 When you first have children, you tend to think of the things that you will teach them, but as they grow up, you start to realize that your children can teach you many lessons as well.  Here are some of the lessons I've learned from my son:

Sean truly is the knight of cups in the family because he leads with his heart.